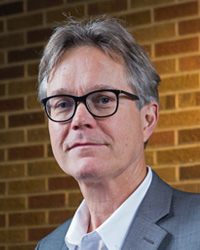 Professor Reinhall is a world renowned expert in nonlinear dynamical systems, acoustics, and biomechanics with a focus on the development of biomedical devices. Over 15 years ago, he turned his attention to collaborative research with strong emphasis in the area of health. This led to several successful collaborations with the UW Medical School, the VA Hospital in Seattle and DC, and various non-profit and industrial partners such as Seattle Institute for Cardiac Research, Cardiac Science, and Medtronic. These collaborations resulted in research applications which include enhanced or new devices in the treatment of diabetes, cardiac arrhythmia and early detection of cancer. His collaborative research in non-biomedical areas includes manufacturing, noise and vibration control, and human-robotic interactions.

When Dr. Reinhall became Chair of Mechanical Engineering, his vision was to create large interdisciplinary collaborative research endeavors, placing the highest priority on research focused on health, energy and manufacturing. Drawing from his past collaborative experiences, he has worked to bridge the gap between Engineering and Medicine through establishing UW’s Engineering Innovation in Health Program, as well the Boeing Advanced Research Center, which focuses on automated assembly in confined space. His research discoveries have led to 24 patents and two UW startups: VICIS, and Marine Construction Technologies, which is developing a new pile design technology used in marine construction to lower the noise created during pile driving for the protection of aquatic wildlife. He is the CTO of both companies.

Lessons from a decade as ME chair

At the end of this year Per Reinhall will conclude his second term as “Chair Per” and return to research and teaching.

ME Chair Per Reinhall has been elected to the Washington State Academy of Sciences (WSAS).

How do you shush a bridge?

ME researchers trying to tame noisy Highway 520 across Lake Washington.

ME researchers are enabling health care providers to better understand and treat cardiovascular disease, including heart attack, stroke, arrhythmia, congestive heart failure, angina and more. In this story, we highlight six research projects that can help save lives.