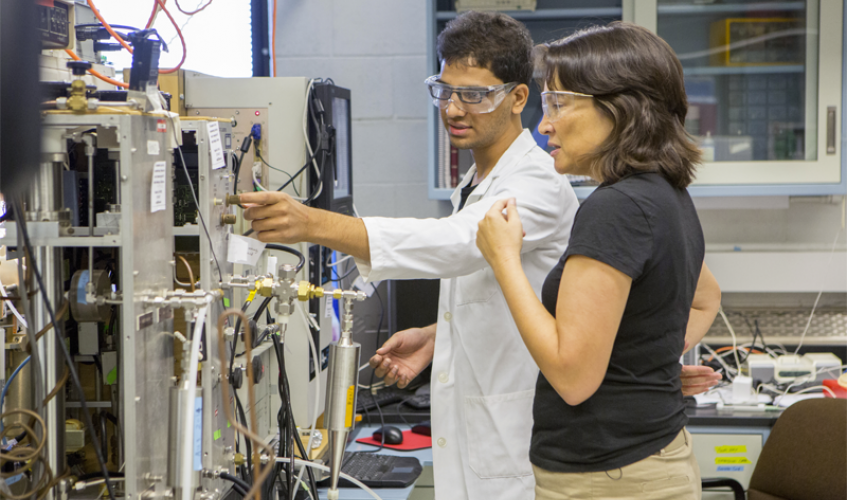 College of Engineering Diamond Awards honor outstanding alumni and friends who have made significant contributions to the field of engineering. Tami Bond, ’93 BSME, ’00 PhD (Interdisciplinary Graduate Programs), was honored this spring for her achievements in academia.

Bond is the Nathan M. Newmark Distinguished Professor in Civil & Environmental Engineering at the University of Illinois at Urbana-Champaign. In her research, she explores the interface between energy consumption and global atmospheric chemistry with a focus on understanding physical, chemical and optical properties of carbon-containing particles and the factors that govern combustion emissions.

Bond’s work led to the conclusion that black carbon is one of the most significant contributors to human-produced climate change, second only to carbon dioxide.

Among her contributions, Bond has pioneered efforts to develop a more accurate analysis of black carbon emissions and their environmental impact. Black carbon — the dark component of smoke — has been largely invisible in global climate change models. The lack of standardized measurement tools, in addition to black carbon’s numerous sources — including the burning of fossil fuels in diesel engines, coal-fired power plants, and home heating and cooking — have made it difficult for scientists to measure black carbon emissions and their impact. Bond’s work led to the conclusion that it is one of the most significant contributors to human-produced climate change, second only to carbon dioxide. 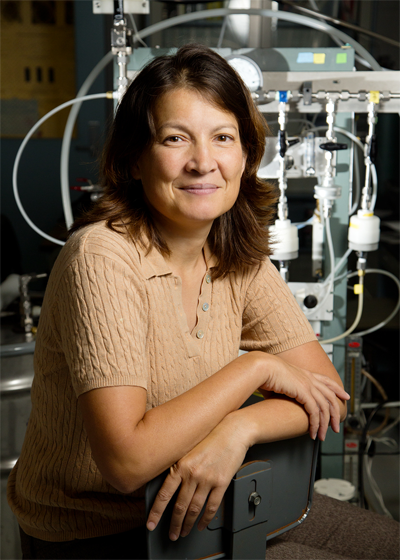 Her research has linked energy consumption to atmospheric chemistry through the characterization of aerosols, data collection across the globe and synthesis of existing data. Prior to her work characterizing the chemical and optical properties of aerosols, the connection between light absorption, light scattering and particle chemistry was not well understood for many sources of combustion. Bond led an interdisciplinary team to create a global data set of emissions and developed a portable measurement unit to quantify emissions from cooking stoves and small industrial sources like brick kilns in the U.S., India, Nepal and China.

Her partnership with the World Bank established a global framework to standardize measurement and analysis of black carbon emissions. Bond led a group of 30 scientists to synthesize existing literature on black carbon in the climate system across disciplines to inform policy and expose the impact of energy on our climate system. This work was the most comprehensive analysis of black carbon’s effect to date, transforming the way scientists estimate global climate change.

Bond has received more than $8.3 million in grants from a broad range of funding agencies including the National Science Foundation, the Environmental Protection Agency and the Department of Energy. In 2014, she received a MacArthur “Genius” fellowship. Her contributions to engineering are significant, and we were thrilled to honor her this year.

Learn more about Bond and other 2018 Diamond Award recipients.