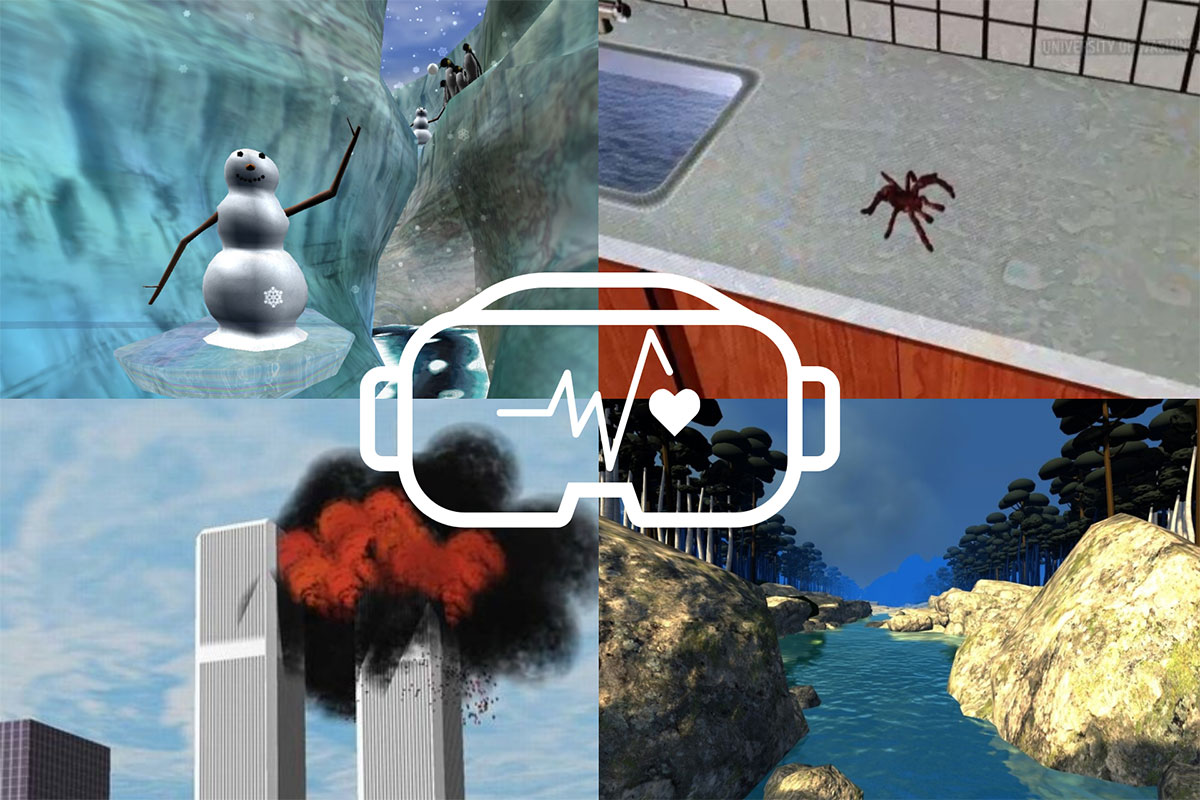 Hunter Hoffman, a senior research scientist in ME professor Eric Seibel’s Human Photonics Lab, has been studying virtual reality (VR) in health settings at the UW for two and a half decades. Though his work is wide-ranging, much has focused on reducing the pain of burn injuries for children from underserved communities during their wound care treatments. This past year, as virtual became the new normal, Hoffman and collaborators came out with several new studies and had their work featured in National Geographic and other media outlets. With VR rapidly becoming mainstream, four of the applications Hoffman and partners developed and tested at the UW help illustrate how VR can offer health care “worlds” of possibility. 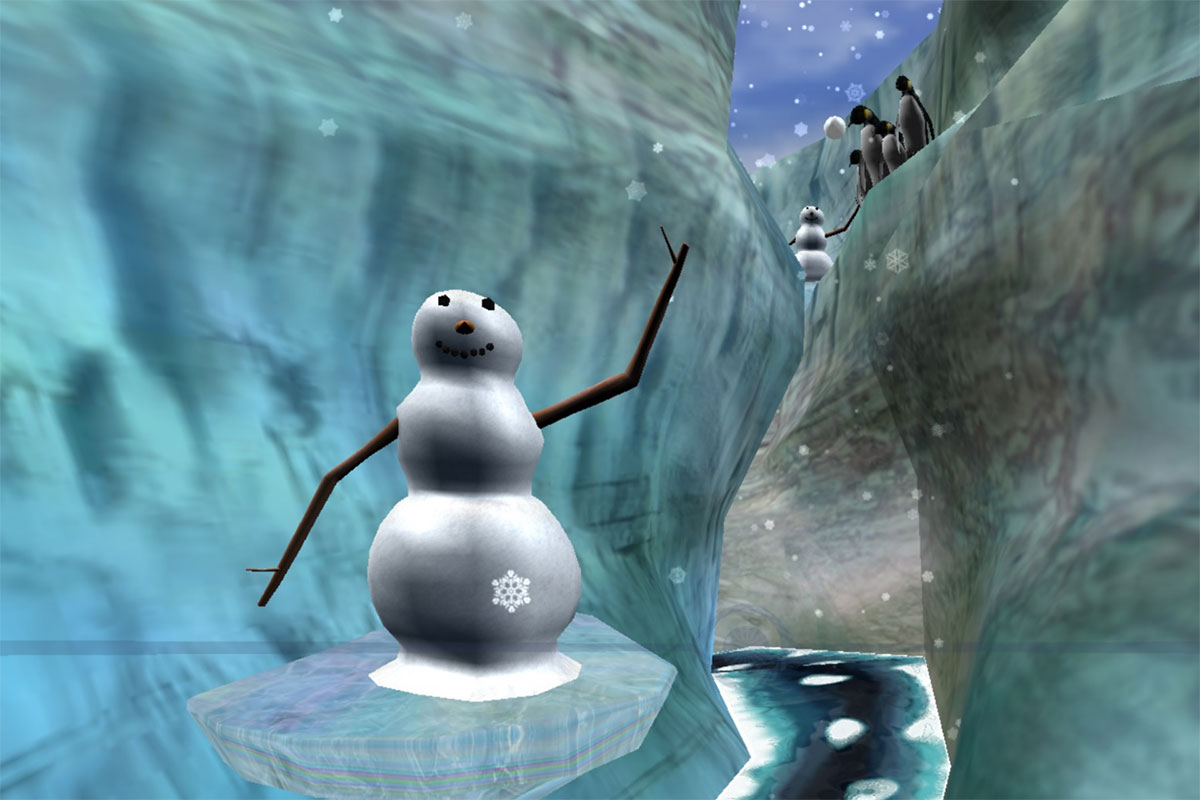 The primary thread of Hoffman’s work is using VR for pain treatment, which he and UW pain researcher David Patterson were the first to discover and scientifically test. Today studies by researchers across a range of scenarios have demonstrated that VR can dramatically reduce pain, discomfort and the need for opioids by distracting patients during procedures like burn wound treatment or minor surgery.

The first VR world designed for pain control, SnowWorld’s wintry theme was chosen for burn patients and asks players to aim snowballs at targets. The game element of SnowWorld helped demonstrate that by creating a stronger distraction, active engagement is especially effective for VR-based pain management. The milestone game was featured in a Smithsonian museum exhibition in 2006. 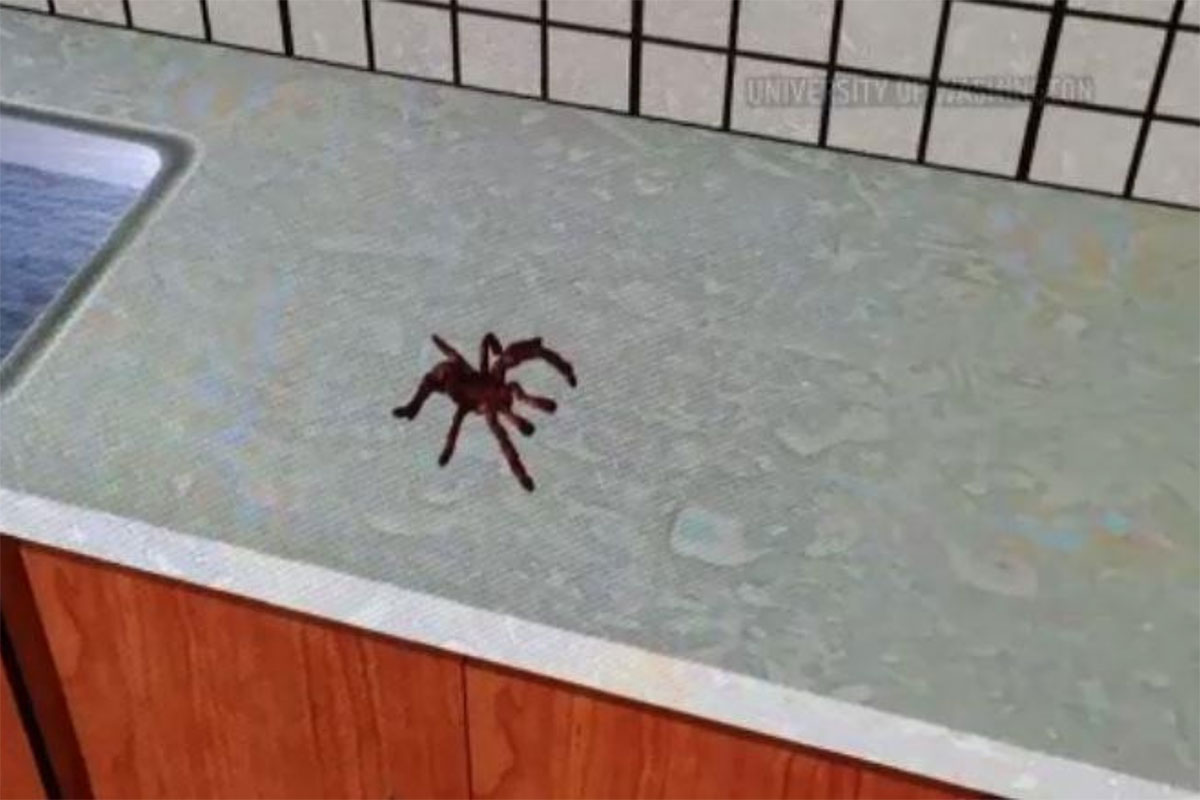 VR can offer a safe space for patients to confront things that cause them emotional pain in the physical world. SpiderWorld was designed to test whether VR could help people overcome arachnophobia and was Hoffman’s first major foray into therapeutical uses of VR. Under a therapist’s supervision, a patient gradually approaches an object or situation that causes them distress, in this case a spider, until eventually they overcome their fear. 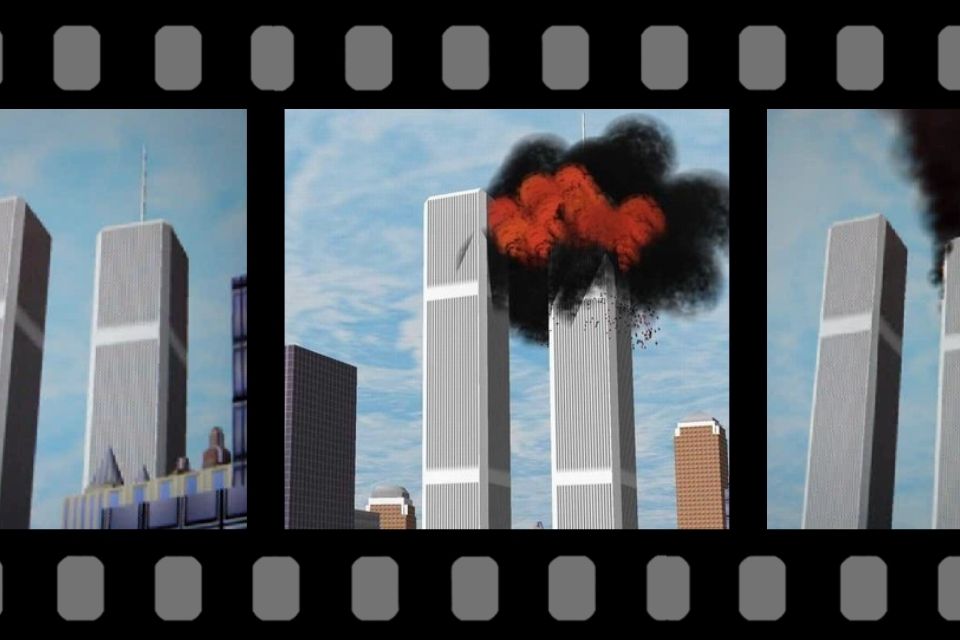 Like SpiderWorld, World Trade Center World was created to treat patients using gradual VR exposure therapy. In this case the world was designed for post-traumatic stress disorder (PTSD) following the September 11th terrorist attacks. VR treatment of PTSD was one of the earliest ideas for clinical use of VR, but as the technology has improved and become more affordable, it’s now used to treat a growing number of patients.

And by breaking down barriers to telehealth, COVID-19 may speed up the trend. A recent study by one of Hoffman’s teams showed the use of telepsychology — telemedicine for psychotherapy — grew from 39% before the COVID pandemic to 98% during the pandemic. Meeting your therapist in a shared virtual world by networked VR instead of traditional videoconferencing may be next. While VR’s use in telepsychology is currently rare, a related study of Spanish-speaking therapists showed 84% of the therapists were interested in trying virtual reality to reduce their own stress. 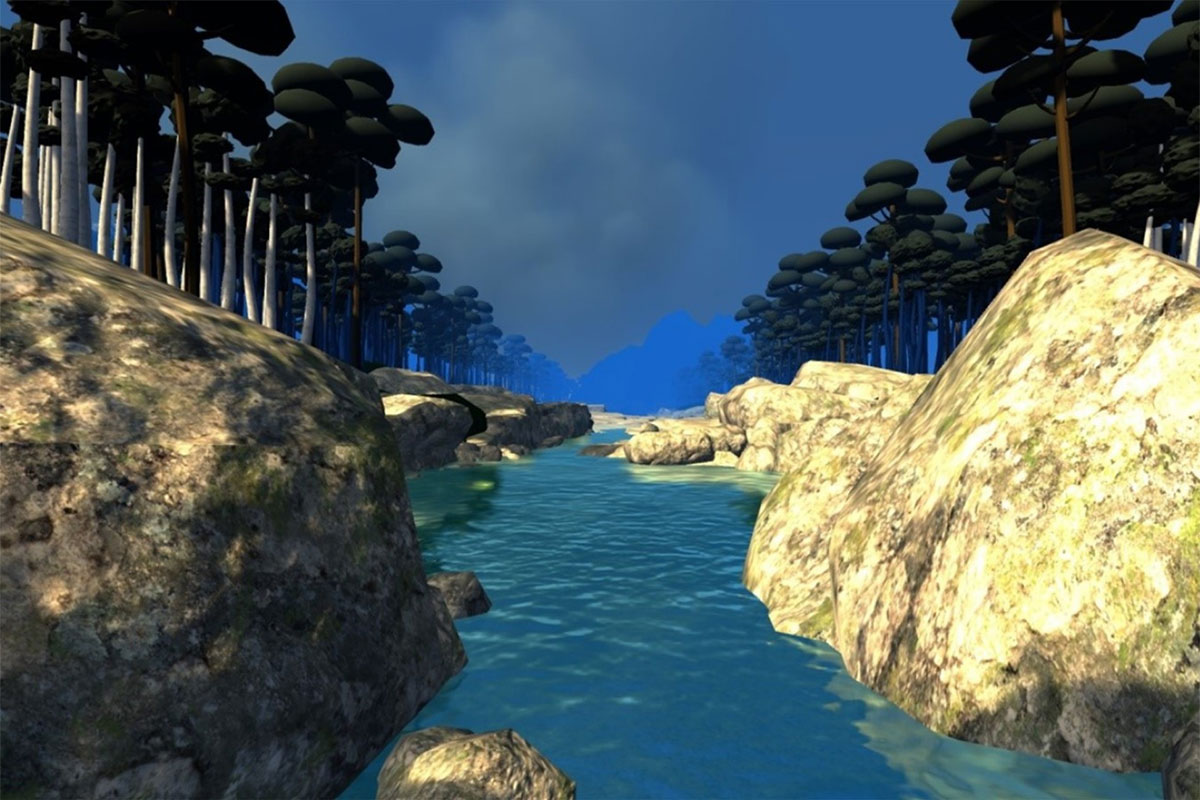 Hoffman says the ease of interdisciplinary partnerships at the UW, combined with access to world-class colleagues, brain imaging facilities, and patients at Harborview Medical Center, has made his work possible over the years. He is currently collaborating with UW School of Medicine researchers in rehabilitation medicine and in anesthesiology and pain medicine, and holds affiliations in the departments of psychology and radiology. Colleagues in ME have helped build custom devices to make many of his experiments possible over the years, including a water-friendly VR headset, metal-less fiberoptic goggles that can operate inside a functional magnetic resonance imaging (fMRI) machine, and a goggle holder for patients unable to wear standard VR headsets because of head or facial burns.

The success of these virtual worlds and their associated research have inspired growing applications of VR as a health and wellness solution and represent only a few of the many ways virtual technology could improve medicine. With the latest headsets getting cheaper and better each year, Hoffman says opportunities for collaboration and innovation are greater than ever.

Hoffman will present this fall at the upcoming Shift Medical and Pediatric Sedation conferences.