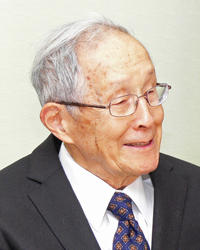 Dr. Albert Kobayashi has been professor emeritus in the Department of Mechanical Engineering since June 1997. He was rehired on a 40% basis through June 2002 and his funded research, albeit on a reduced base, continued to June 2005. He was the Boeing-Pennell Professor of Structural Mechanics, July 15, 1988 through September 15, 1995.

Dr. Kobayashi's industrial experiences include 3 years as a tool engineer at Konishiroku Photo Industry, Tokyo, Japan, 1947 to1950; 2 years as a design engineer (advanced gear analysis) at the Illinois Tool Works, Chicago, Illinois,1953 to 1955; and 3-1/2 years as a research engineer (experimental stress analysis) at the Armour Research Foundation of Illinois Institute of Technology, 1955 to 1958. He was a consultant (structural analysis and fracture mechanics) to the Boeing Aerospace Company from 1958 to 1976 and to the Mathematical Sciences Northwest from 1962 to 1982. He was also a consultant to the Air Force Rocket Propellant Laboratory from 1974 to 1978, to the United Nations Development Program in November 1984, and to the Office of Naval Research from January to June 1986.

He was a member of the Committee on Material Response to Ultra-High Loading Rates, the National Material Advisory Board from 1977 to 1979, the U.S. National Committee on Theoretical and Applied Mechanics from 1991 to 1995, and the Program Director of the Solid Mechanics Program, National Science Foundation from 1987 to1988. He was a Visiting Professor in July 1996 and October 1997 at Universite de Poitiers. From April through June of 2005, he served as an Expert in the Solid Mechanics and Structure of Materials Program, National Science Foundation.