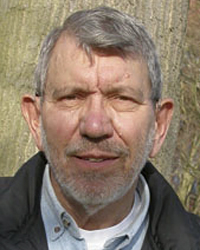 My principal research activity has involved solutions of linear problems of transport theory. My work after about 1990 was on analytical methods for solving inverse radiative transfer problems for oceanic, atmospheric, and biological applications. The algorithms are best applied to problems involving only one spatial dimension, but do incorporate highly anisotropic scattering effects. Specific projects included the development of inversion algorithms for in-situ ocean measurements and for remotely sensing the optical properties of seawater and clouds, and the estimation of the optical thickness of clouds. Many of the inversion algorithms I developed were based on the eigenfunction expansion method for solving forward radiative transfer problems with the linear (Boltzmann) transport equation, an area where I did extensive research from 1964 to 1973.

In the area of probabilistic reliability and safety analysis of nuclear reactor systems I authored Reliability and Risk Analysis Methods and Nuclear Power Applications (Academic, 1981) and co-authored with John C. Lee Risk and Safety Analysis of Nuclear Systems (Wiley, 2011). I also did research on the method of gas tagging for the identification of failed fuel assemblies in nuclear reactors in the 1970s.

More details are available at: