Congrats to ME student teams for bringing home awards from this summer’s competitions! 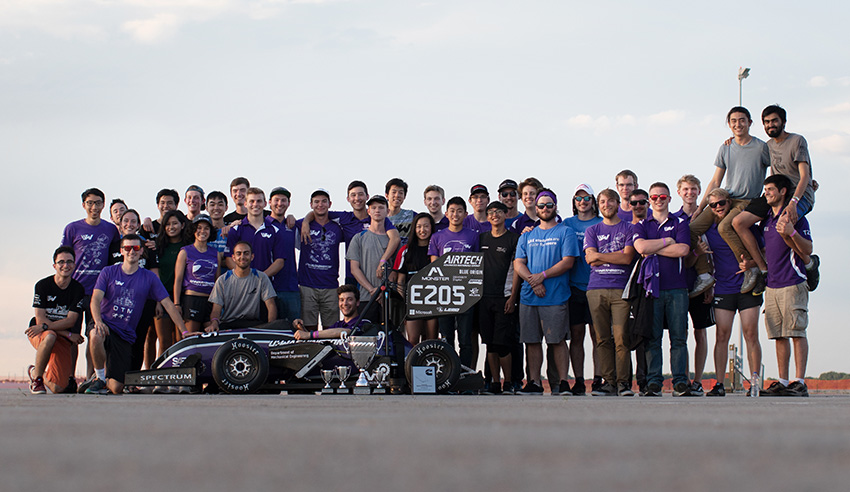 Formula Motorsports (UWFM) designs, builds, tests and competes small formula-style combustion and electric racecars. The team placed third at this summer’s Society of Automotive Engineers competition in Lincoln, Nebraska. UWFM also scored highly in several subcategories: first in endurance, second in engineering design and third in business presentation, and was the runner-up for the Cummins Innovative Design Award. While the team has achieved great success with combustion vehicles at competitions in previous years, this was the first year it focused solely on electric. 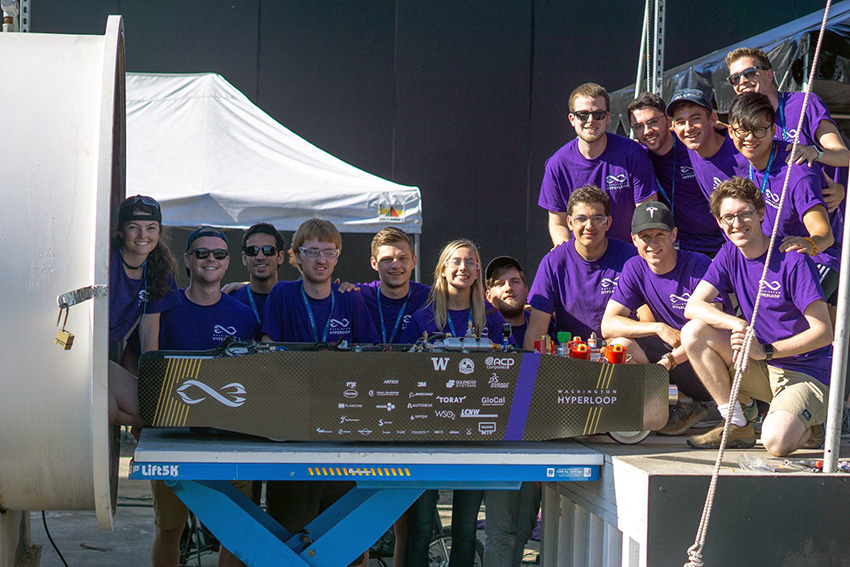 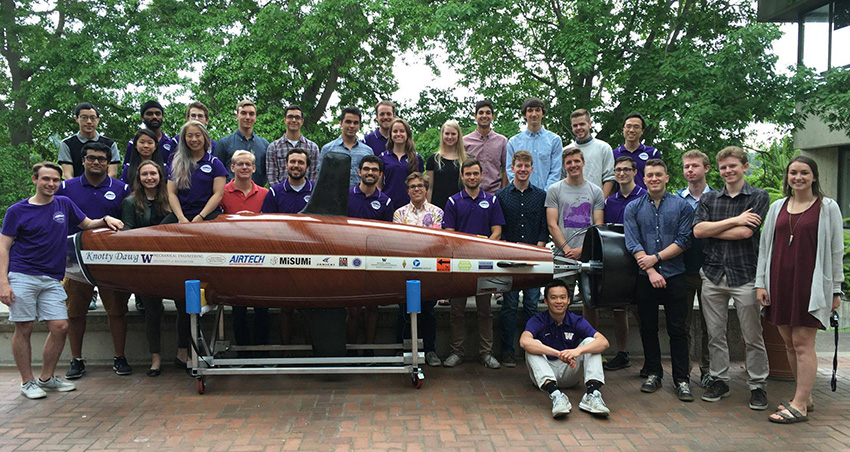 The UW Human Powered Submarine (HPS) team’s wooden sub won their category of two-person piloted submarines and received third place in design this July in the European International Sub Races in Gosport, England. They were also the first team to have two female pilots in the two-person sub complete the course. Each year, HPS designs and manufactures submarines to compete with the goal of developing the most effective submarine system possible, relying solely on human power. This was the first year they used completely electronic controls. 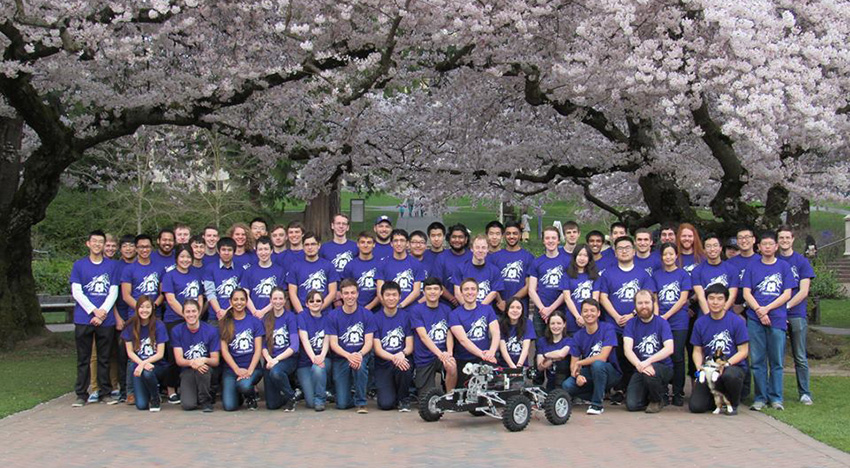 Husky Robotics placed fourth at this summer’s Canadian International Rover Challenge. For this space robotics competition, teams from around the world compete their prototype rovers across a broad range of tasks to simulate what it would be like to be part of an early colony on an extraterrestrial planet.

HuskyADAPT, a student-run organization that works with the community to support inclusive play for all, was named one of ten winners of this year’s Ford College Community Challenge. In partnership with the UW Taskar Center for Accessible Technology and Provail Therapy Center, the group will use its $25,000 award to develop an adapted toy lending library in Seattle that will provide families and caregivers of children with disabilities access to modified toys and related equipment.

Learn more about these teams and other ME student organizations.