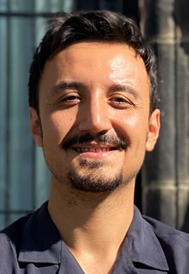 Traumatic brain injury (TBI) is a major cause of death and disability in the U.S., with more than 64,000 TBI-related deaths in 2020, according to CDC data.

ME Assistant Professor Mehmet Kurt’s research, which aims to develop methods to understand the dynamics of soft and biological materials such as human brain tissue, could lead to better understanding of injury mechanisms and improved diagnostic, prevention and treatment strategies for brain pathologies like TBI.

In his lab at the UW, Kurt and other researchers are trying to understand the physical cause of TBI through investigating the patterns of brain motion and damage after a head impact. Kurt recently received an NSF CAREER award, which begins this summer, to begin identifying ways to characterize how and where highly damped, soft materials respond to damage.

“My goal was to merge nonlinear dynamics with brain biomechanics,” Kurt says. “I am really excited to be able to do this research.”

Prior to joining UW in 2022, Kurt was an assistant professor of mechanical engineering at Stevens Institute of Technology. Kurt has investigated the nonlinear dynamics of the human brain during head impacts, studied aneurysm stability, and measured the stiffness of brain tissue affected by Alzheimer’s Disease – topics that are ongoing research efforts in his lab. His previous research suggests that motion in deep brain regions might be correlated with TBI. 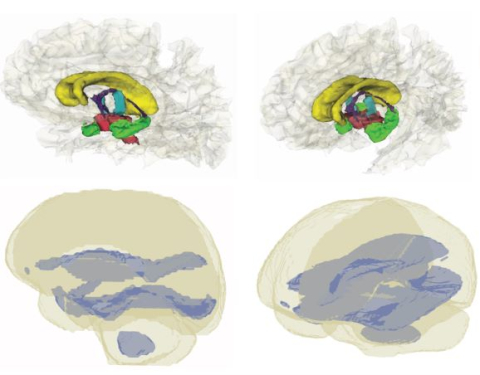 Kurt's prior research shows locations of nonlinearities in the brain might coincide with deep brain regions.

Understanding the forces that cause injury could be a helpful clinical tool – but it’s challenging because the brain is a soft, highly damped material. Modal analysis is a technique often used in engineering to help understand the different modes of a linear system, such as when building skyscrapers or designing airplanes. However, traditional modal analysis can inaccurately estimate the largest deformations in nonlinear systems, which involve complex dynamics and unpredictable conditions. This makes it difficult to understand the mechanisms of highly damped, soft materials.

The research funded by NSF will help enable identification of these modes of motion. Using computational modeling and magnetic resonance imaging (MRI) of material mimicking biological tissue, Kurt and his team will study the relationship between resonant conditions – or modes at certain frequencies that show more motion – and material deformations.

The NSF grant will also support efforts to engage students in STEM through curriculum development, outreach workshops about brain biomechanics and football helmet design and visual arts exhibits that demonstrate research findings. Additionally, the grant will create a mentorship network for LGBTQ+ students, which will end with a virtual science symposium. The kickoff event will involve bringing people together to learn about the brain as well as about LGBTQ+ brain scientists’ contributions to the field.&

LGBTQ+ participation in STEM is an understudied area, Kurt says. He has been involved in organizations that promote visibility of the LGBTQ+ community in STEM, such as virtual conferences and networking events. His lab website includes resources, a scholarship list, and a database of reviewers, called the Peer Review for Inclusion, Diversity, and Equity (PRIDE) program.

“I am passionate about creating a sense of community for LGBTQ+ faculty and students in STEM,” says Kurt. “It’s more important than ever right now.”