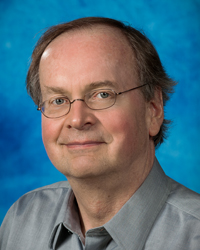 After completing his Ph.D. in 1980 Dr. Kramlich spent twelve years with Energy and Environmental Research Corporation (EER) of Irvine, California. During that time he was involved in basic contract research directed at the development of pollution reduction techniques for large fossil fuel-fired energy systems. He also worked on a number of consulting projects involving energy systems at power plants, oil refineries, and biomass conversion plants. He joined the University at the start of 1992 (EER was subsequently purchased by General Electric, principally to obtain one of the pollution control technologies developed by in-house research).

Dr. Kramlich's research interests since joining the University, both past and current, include:

Elizabeth Rasmussen is developing a clean, scalable approach to synthesizing advanced materials, setting the stage for...